Crates mould-Everything you need to know

What is crates mould?

Crates are an essential part of many industries, from food and beverage to pharmaceuticals. They provide a safe and secure way to transport products from one place to another. Moulds are used to create crates of various shapes and sizes. Crate mould manufacturers use state-of-the-art technology to produce high-quality moulds that meet the specific requirements of their clients. 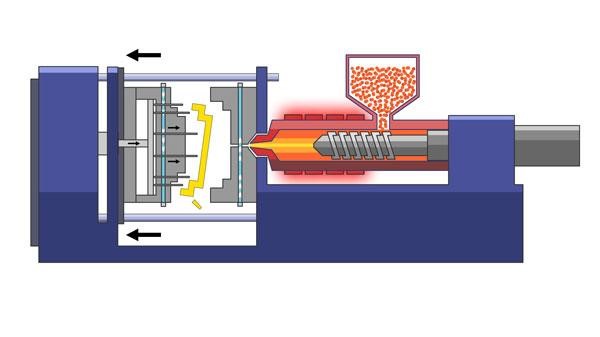 Advantages and disadvantages of crates mould

Crates mould has many advantages, this includes:

Like any other moulds, crates mould has its own drawbacks:

Materials that are used is solely based on what type of crate are you going to make, but the common material to use in making crates are the following:

High Density Polyethylene or HDPE is a thermoplastic type of polymer that can withstand high temperatures. It is also known for its durability , It is a durable plastic with high strength-to-density ratio making it ideal for many industrial and consumer applications.

On the other hand, polypropylene is another type of thermoplastic polymer that is known for its resistance to chemicals and high temperatures. It has a wide range of applications, from food packaging to industrial uses.

Designing a crate mould is a complex process that requires expertise and experience. The design must take into account the specific requirements of the client, such as the size and shape of the crate. In addition, the mould must be designed to withstand the high temperatures and pressures involved in the injection-molding process. One of the main concerns in designing a crate mould is to prevent leakage. The mould must be designed with precision to ensure that the molten plastic does not leak from the sides or bottom of the mould.

Another important factor to consider in the design of a crate mould is cooling. The mould must be designed in such a way that the molten plastic cools evenly and quickly. Otherwise, the plastic will not solidify properly and the crate will be of poor quality.

Crate mould manufacturers use computer-aided design (CAD) to create accurate and precise mould designs. The CAD software allows them to experiment with different designs and make changes quickly and easily.

Once the design is finalized, the mould is sent to a foundry to be cast. The foundry uses special machines to create the mould from steel or aluminum. The finished mould is then shipped to the plastic injection-molding factory.

Now that you know everything about crates mould, let’s proceed to the top 5 crates mould manufacturers in China that would be better suited for your business!

In search of the most reliable crates moulding manufacturer for your business? It’s no secret that China has the finest products. A Crate molding process is one of the most popular plastic injection-moulding processes in China. Many of the world’s leading plastics manufacturers reside in this country and they are among the world’s most reputable.

Here are the top 5 crate mould manufacturers in China:

JMT Mould is a professional injection molding company that has been in business for over 15 years. JMT is a large innovative mould manufacturing enterprise specialized in design, manufacturer Automotive Mould, Household Products Mould, and SMC Mould etc. They produce high quality products as they pass the ISO / TS16949 certification.

Go4Mould team has over 20 years of experience in the design and manufacture of high-quality plastic injection molds for a wide range of industries. They are dedicated to providing their customers with the best possible experience, from initial consultation to delivery of the finished product. GoMould has kept the process simple in creating crates, die-casting is the only thing you need to do, and the rest is up to the crates mould!

The company has a professional team that is experienced in design, manufacture, and sales. They also have advanced equipment and technology to produce high-quality products. Shine Mould is committed to providing their customers with the best possible experience and service. As one of the leading crates mould in China, Shine mould also excels in making various mould for different industries. Their products are supporting world renowns automobile enterprises, such as, Ford, Volkswagen, Toyota, Honda, etc.

Sino Mould has now become popular across the globe! A strong professional team are the ones who’s overseeing the strict quality control responsibilites, They also have advanced equipment and technology to produce high-quality, so rest assured that your crates mould are of high-quality products.

Whether it be a small project or a big project, MDC boasts a team of highly skilled Project Managers, Engineers, Designers, and Fabrication Technicians who ensure the success of any project regardless of its size or complexity. They specialize in mold design and manufacturing. They also are in the industries of automotive, electrical, house wares, industrial applications, etc.

The benefits of working with a crate mould manufacturer in China

There are many benefits of working with a crate mould manufacturer in China. Here are just a few:

In conclusion, Crates are used to move goods from one place to another. This reasonable design and excellent quality make it suitable for transportation, distribution, storage, distribution, and processing in factories. There are a wide variety of logistics containers and workstations that can be used with crates, including ones for warehouses, production sites, and other uses. Crates mould are on demand in the market, which can help your business gain more profit!

If you are looking for a crate mould manufacturer in China, there are many options to choose from. The 5 companies listed above are just a few of the leading manufacturers in the country. Contact one of these companies today to get started on your next project. Go4mould is one of the leading manufacturers in injection molding and also in crates molding, with its professional team Go4Mould can give you the highest quality of mould in a competitive price! So don’t hesitate to contact GoMould for your next project!

If you’ve experienced being partnered in one of these best manufacturers in China, leave a comment below! and share your experiences working with them! Thanks for reading!