In the mold cavity, a metalworking technique in which finely-powdered metal is combined with binder material to create “feedstock” that is molded and solidified using injection molding, die casting, or forging. Mold cavity is also used to describe the entire space within a mold in which the feedstock is place to create the desired shape.

The feedstock is placed into a closed die cavity, which is then filled with molten metal. The molten metal solidifies around the powdered metal, forming a part with the desired shape. Mold cavity can be made in many different shapes and sizes, depending on the application and appearance of the cast part. The cavity walls must be thick enough to withstand the high temperatures of the molten metal but must also be thin enough to produce a good casting.

What is a Cavity in Mold? 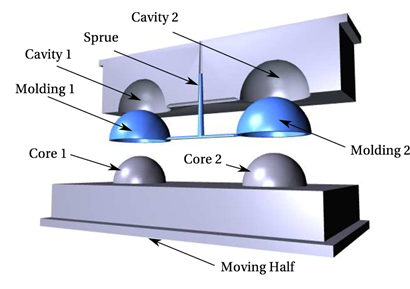 Mold or die is a device with cavities to produce the desired part. The first step in the Go4 moulding process is making the mould, and this includes designing, drawing, tool design & manufacture (CNC machining), heat treatment service and so on.

The core cavity inside the mould is called CORE PLATE, by which material will be injected into it for producing parts. It should be noted here that if you want to make only one type of product, the core plate can be made out of Iron / Steel. Still, if you are planning to do lot production, i.e., more than 50k pieces per month, then core plate manufacturing become difficult because quality does not remain standard with such large scale productions; secondly, there could be possibilities like core plate get damaged and in such cases, you have to close the production.

A cavity that has been machined contains many small flash lines caused by imperfections in the surface of the mould. These can be sanded off to make an even and smooth finish.

The Injection Molding Cavity Process produces various parts, including small precision parts and significant plastic components. It is a versatile process that can be adapted to suit a wide range of applications.

The injection unit injects molten material into the cavity tool of injection moulds at high pressure under programmed condition, which is called the Injection molding process cycle, and it takes place in the following stages:

The cavity tool is preheated to achieve the required moulding temperature.

The molten material is injected into the cavity under high pressure.

The injection unit holds the molten material in the cavity until it solidifies.

After holding, the molten material cools down and solidifies.

The cavity tool is opened to eject finished parts from the mold.

To release the molded part out of the mold, it should be subjected to sufficient pressure causing deformation on its surface that forces it out through a narrow opening called a gate in the injection unit.

The temperature control system plays a vital role during these stages by varying cooling water flow rate according to required cycle time, i.e., when less heat is generated than needed at any stage, then cooling rates are increased accordingly to reduce cycle time, whereas if more heat is generated than required at any given stage then cooling rates are decreased in such case also cycle time will be reduced. 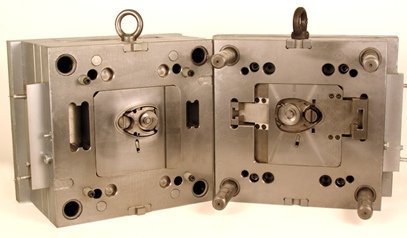 A Single Mold Cavity is a mould with one cavity to produce parts. It can be used to make small or large parts, depending on the size of the mould.

A Single Cavity Mold is usually made from steel or aluminum and produces small precision parts. It can also be used to produce large plastic components, depending on the size of the mould. 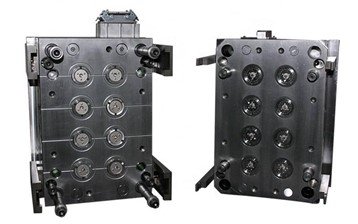 A multi-cavity mold is an injection mould that can produce the same part from multiple cavities at once. This allows for an increase in production compared to single cavity molds and increases risk because if one of the cavities fails, all parts produced using it will be scrapped.

Multi Cavity Molds are often used as tools for mass-production lines where large quantities need to be made quickly and efficiently with slight variation between them.

A multi-cavity injection mould produces more than one part at once in each cycle (repetition). The number of cavities used can vary from two to hundreds depending on the application required. A typical example would be car engine components which may require 300+ individual pieces per complete engine unit. Pipe fitting molds are also a good example where intricate details are often required with a high degree of consistency. Multi Cavity Injection Moulding Process has following stages concerning above described single cavity process:

The molten material is injected into multiple cavities under programmed pressure and clamping force.

The molten material is held in the individual cavities for a fixed period to allow them to solidify entirely before being ejected from their moulds. All parts are now ready for cool down, unloading or cleaning. The cavity tool is the key to the success of multi-cavity injection molding. We must make sure that the two parts are identical and fit together when ejected from opposite sides of the mould.

The injection unit opens the mould and pulls the finished part out of the cavity tool. This stage is also called “part ejection” or “ejection”.

The temperature control system starts circulating water through the mould to cool down the moulded parts.

The injection unit closes the mould and locks it to prepare for another injection cycle. This stage is also called “cavity cooling” or “cooling” because at this stage, only cavities are cooled to solidify them for ejection of the next part from another hole (s). The temperature control system stops circulating water through the mould after all parts have been ejected/closed.

Following are some advantages of multi-cavity moulds; 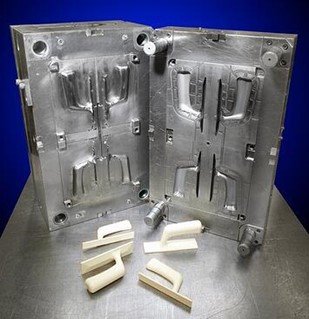 Family injection mold is a multi-cavity mould where the two or more cavities are designed to produce identical parts that can be used together to form a complete product.

Family injection molding is often used for products that require multiple parts to be assembled, such as cars or electronic equipment. By using family injection molds, it is possible to produce all the necessary parts in a single manufacturing process, rather than having to assemble them from individual components. This can save time and money during the production process.

Family injection molding is also used to enable the large scale production of products with very similar designs. For example, a family injection mold may be designed so that the same engine components can be produced from all twelve cavities simultaneously. This would make it possible for an entire car’s worth of parts to be produced at once and assembled, later on, reducing both the cost and time needed for manufacturing them individually.

Some family injection moulding uses a “pour block” to ensure that all parts are produced in the same shape. Using this technique, molten plastic is poured into a cavity at one end and solidifies as it travels through the mould until it emerges from an opening on the other side. For two parts made with a pour block tool to be identical, they must start next to each other in their starting position inside the mold; otherwise, there will be no way for them to line up correctly when they are ejected from opposite sides of the mould later on. 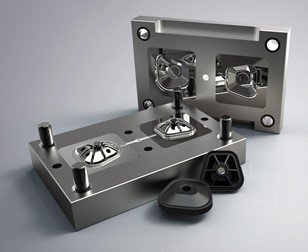 This is the simplest type of multi-cavity mould and it consists of two cavities designed to produce identical parts.

The two cavities can be used together to form a complete product, or they can be used separately depending on the needs of the production process.

The two cavities can be placed side by side, or they may have a unique connector piece in between them so that the parts being produced are connected. This type of mold is often used to make small electronic products such as mobile phones or digital cameras. It would not be possible to fit all the components onto one surface (for example, an LCD on top of the main body). An additional advantage with this kind of design is that it enables both halves of the product to come out at once, which means less time and effort need to be put into handling individual half-finished products during the manufacturing process. 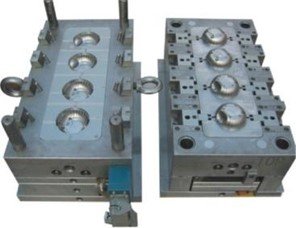 This is the most common type of multi-cavity mold and it consists of four cavities designed to produce identical parts.

The two pairs of opposing cavities can be used together to form a complete product, or they can be used separately depending on the needs of the production process.

The first pair (which lies directly above each other) may have memorable holes in between them so that a gasket (or “seal”) will fit inside; this enables components for one part to line up with corresponding features from another half when they are connected together during assembly later on. The second pair may also have similar connecting elements around their edges and slots that enable hinge-like connections. This design makes it possible to produce products with moving parts (such as a hinged lid on a box) without using separate molds for each component.

Some Key Factors to Consider

Designing a suitable mold in mind is not easy. We have to consider the material, mold cavity size, and many more factors. Some are:

The mould material is essential for the manufacturing process. It can be steel and iron or even plastic. The choice will depend on what parts we want to mass produce in our factory.

Some products need many cavities to make them at once using a multi-cavity injection molding machine. If it is an electronic product, perhaps we can choose a mold with many cavities to save time for production.

The mould design will decide the quality of molded products because if the design is not good enough, it will cause some problems in the making process and even end up with bad quality parts. So when designing, please focus on every detail.

Some products, especially electronic ones, need to be assembled after molding. In this case, the design of the mould must be able to help with the assembly process. For example, there should be some connector holes on the product’s surface to connect with other components easily.

Another critical design consideration for molds is the ejection mechanism. If the parts are not appropriately ejected from the mould, they will be damaged, and this could cause problems in the assembly process.

GO4 mould is one of the best mould design companies in China. We have experienced engineers with rich knowledge of injection mold design. We always focus on customers’ products and what they want. We will do our best for them.GO4 Mould offers high-quality injection moulds at a low price. We are professional in designing and manufacturing plastic moulds, die casting, and stamping dies.

With rich experience and sound technology, we can provide our customers with high-quality products and services. If you want to know more about us or our products, please do not hesitate to contact me at any time.